and here we are, the last day of January!
What a crazy month, filled with snot, new beginnings and lots of ups and downs!
As a fitting end to a tumultuous month, it literally went from +12 degrees Celsius yesterday to -6 now. Last night we seen everything from pouring rain to snow with insane winds. Whoa!

An exciting January moment was of course seeing our little lady start to crawl! She seemed to master it in no time and this past week she's shown us how quickly she can pick up speed. Oliver is learning to accept her newly found mobility, although at times dislikes when his perfectly formed lineup of trucks is disrupted by her. While the battles over trucks may be starting, they are also sharing in new interactions and developing a a new bond. It's wonderful to see them "playing" together
and watching Georgie crawl after her big brother trying to catch up.
Or her amusement when he's racing his trucks around the kitchen.

Georgie is certainly growing and changing,
but she's such a lightweight compared to her brother at this age.
And while Georgie is mastering the crawling, Oliver preferred the body dragging. Honestly he dragged himself all over the place for months! It seemed like just when he figured out how to "crawl" he discovered walking and liked that far better! I'm happy for Georgie just to keep crawling for bit and save the walking for later. One hurdle at a time please! 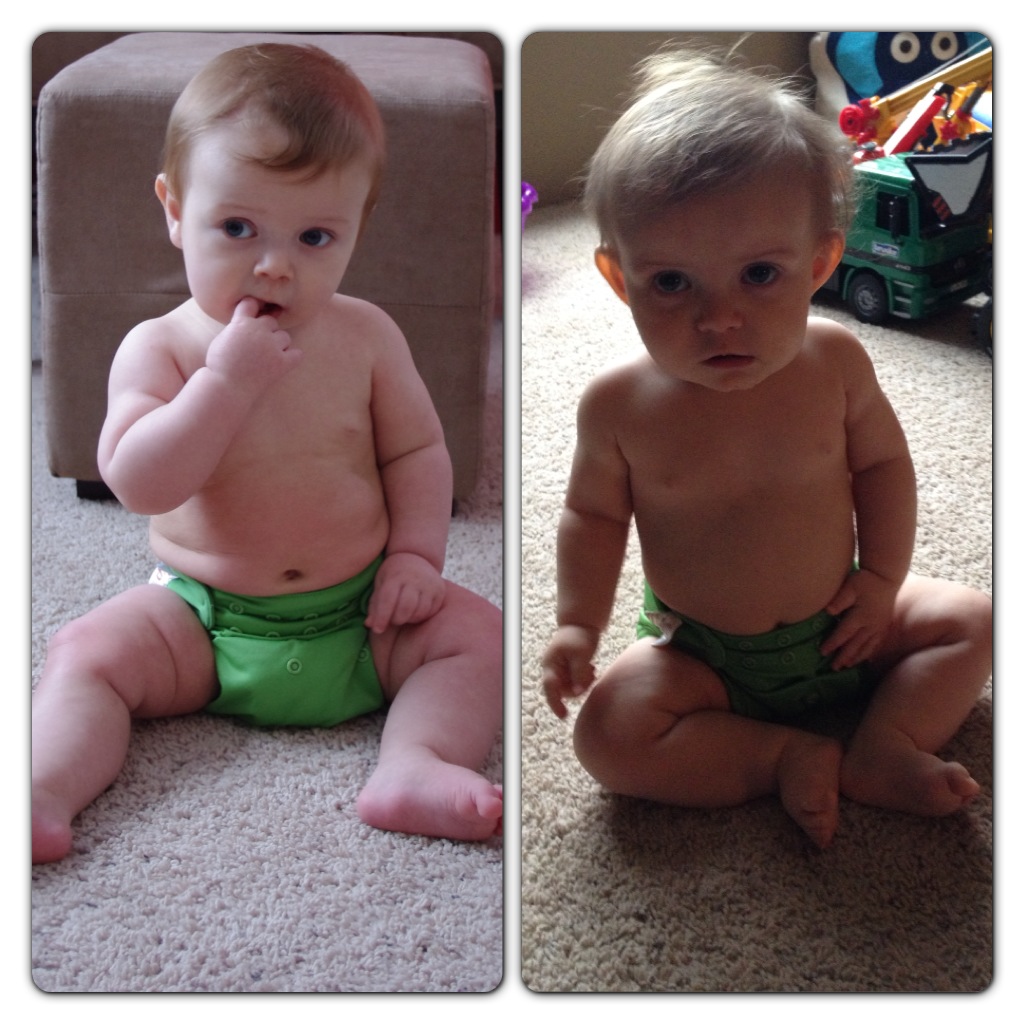 Georgie's expression cracks me up! "Mom enough with the pictures"... not quite a "No Pictures" yet.
Yes, I think it's safe to say Oliver had a pound or two on her ha!
Also can I just say hallelujah that Georgie does not have the same insane cowlick that Oliver has.
It's bad enough on a boy but would have been a complete nightmare for a girl.

Posted by Falon at 10:54 AM No comments: Links to this post

also known as a selfie,
but like many other moms out there I just realized I'm not in any photos. ever.
So when I'm 100 years old and am strolling down memory lane
it would be nice to see what I used to look like.
(then again maybe not. Ha!)

Yes, I have alien hands.
My older sister has mini hands and my younger sister and I both have freakishly long fingers.
I also chew my nails (so gross) but I can't/don't want to stop. 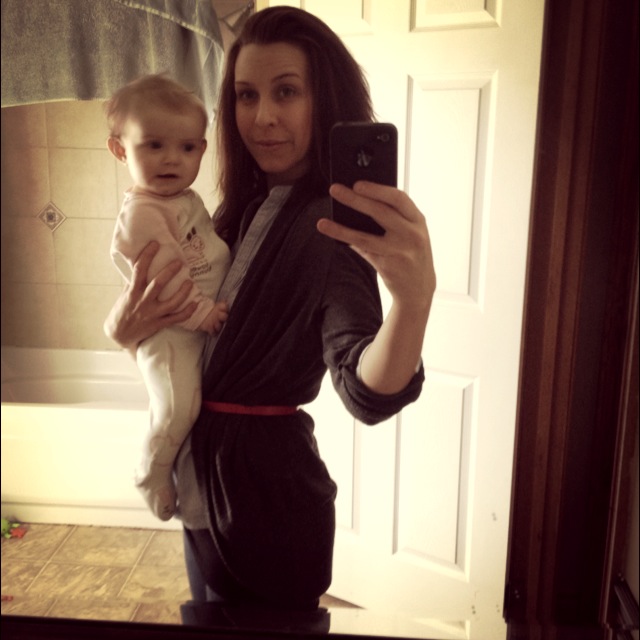 Posted by Falon at 8:45 PM No comments: Links to this post

song of the week

This week's song is A night in torino by Parov Stelar

We just can't get enough of this super funky beat!
Definitely a good car tune (for taking your two year old to daycare ha!)

Posted by Falon at 9:37 AM No comments: Links to this post

Email ThisBlogThis!Share to TwitterShare to FacebookShare to Pinterest
Labels: Music, song of the week

What are we eating?
Wow! This is really something to think about
(and applies to where ever you live).

Sometimes it's nearly impossible to find local products in the grocery store or if you can they cost a fortune! Guy and I often discuss ways we can get more local foods without paying an arm and leg to do so. We are super lucky to live where we do and have more access to local produce and meats than most.  Look for a local co-op/market  for fresh local products and send complaints or requests to your grocery store asking them to supply  more local products!
Posted by Falon at 9:08 AM No comments: Links to this post

It's official,
after using their products religiously, for well over a year and a half now
I signed up to be an Independent Arbonne Consultant!

It's something I have contemplated doing for well... about a year and a half now,
but the timing didn't seem right. I wasn't sure if "consulting" was my kind of gig.
But since I use literally every product in the catalogue,
I figured why not try it out- at the very least to feed my own addiction!

I've talked about some of the products before (here and here)
It has become part of my lifestyle,
I truly love the products, not only for myself but my entire family.

So here's me at thirty, trying new things and taking the plunge.
I couldn't be more excited for this new little venture. 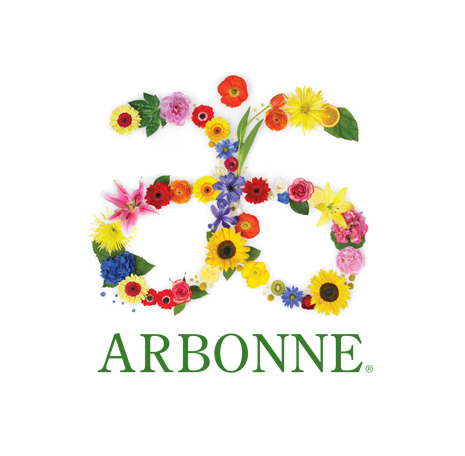 Posted by Falon at 2:17 PM No comments: Links to this post

Are we really nearing the end of January already?
Almost a a full month into 2013, wow!

Here's a snippet of what we've been up lately. 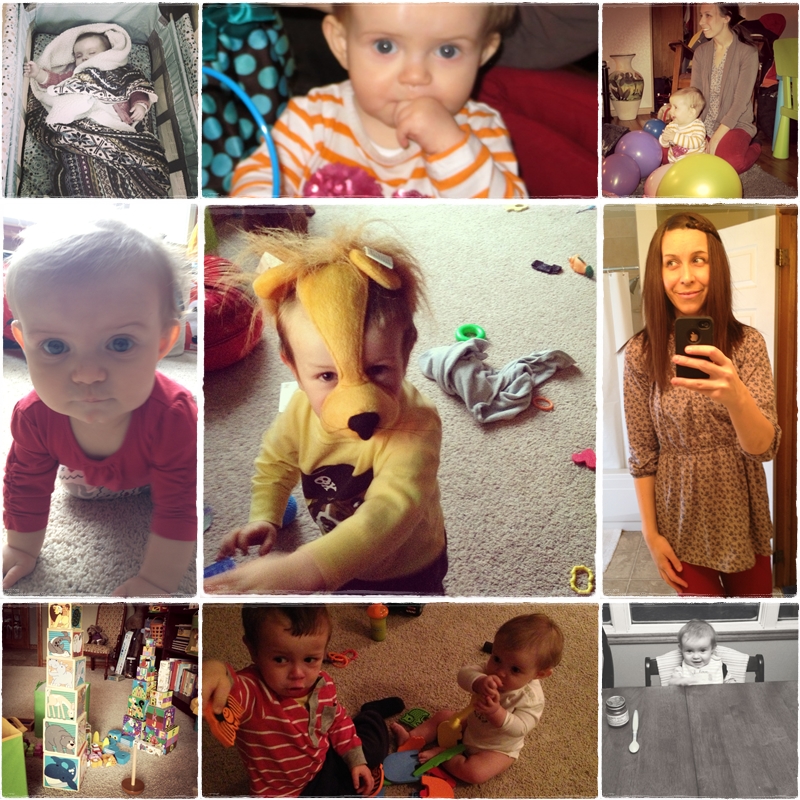 1. this is how you do a Monday at the office 2. birthday celebrations
3. partying it up at Elise's 1st birthday 4.almost crawling 5. little lion
6. straight hair selfie (it's a big accomplishment these days)
7. tower buildings 8. big brother, big teacher 9. little lady at a the table


Posted by Falon at 10:29 AM No comments: Links to this post

song of the week

such a pretty song and her voice gah! love it.

Posted by Falon at 9:25 AM No comments: Links to this post

Email ThisBlogThis!Share to TwitterShare to FacebookShare to Pinterest
Labels: Music, song of the week

Oh this little boy of ours is really something.
He often sounds like a broken record, on repeat, over and over again.
He demands you acknowledge every word that comes flooding out of his mouth!
And let me tell you, every little thing that crosses his mind gets talked about.

Of course my favourites are him imitating me, he loves going in to get Georgie up from a nap and says in his highest pitch mom voice - "whos' making all this noise in here? Hiiiii Georgie,  MOM it's Georgie!" then proceeds to tell me about a hundred times that it's Georgie
and she is a little baby, not a big boy like him. 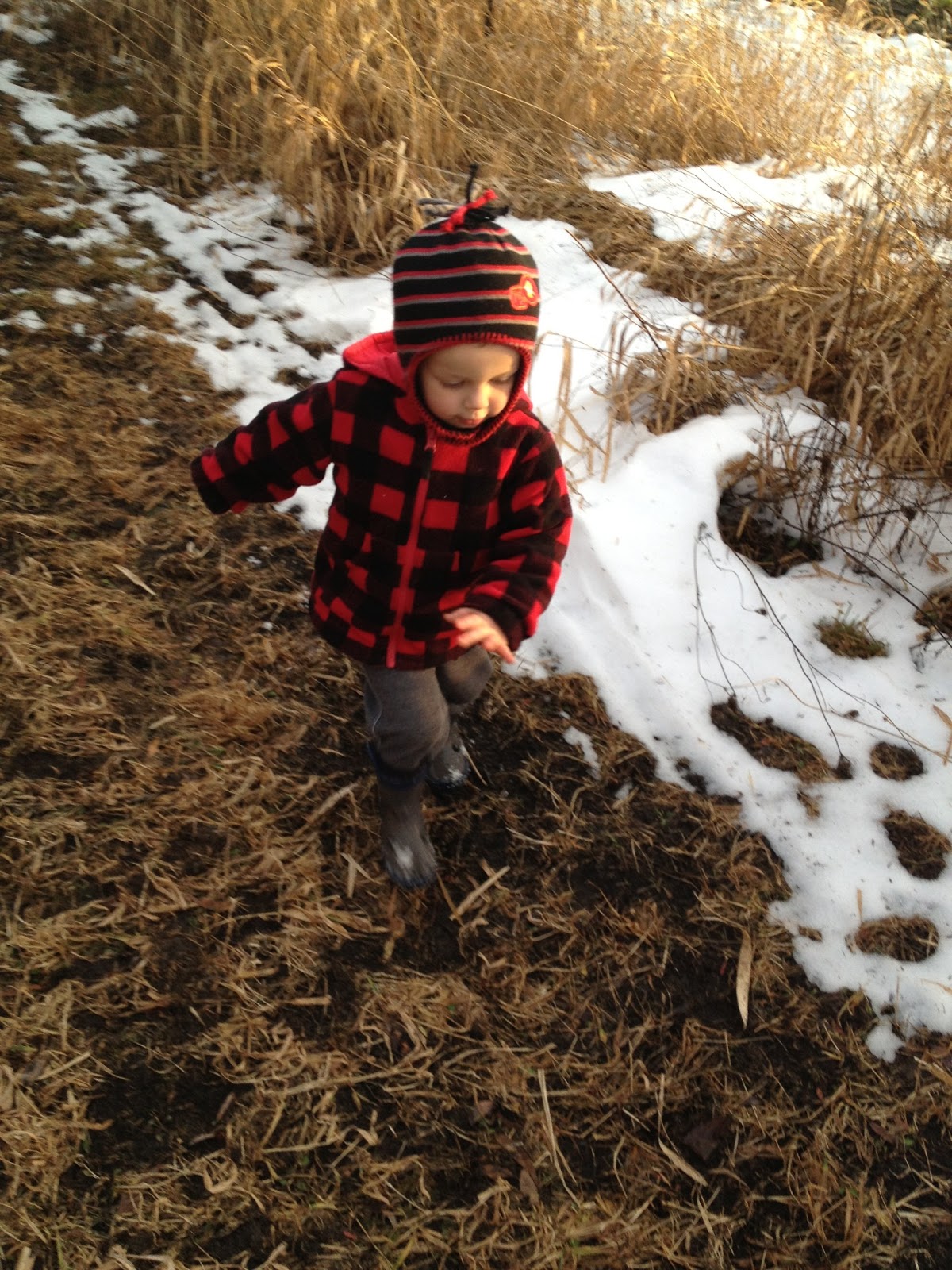 Of course some of my not so faves are him talking back and be super saucy, which include things like
Oliver: "no pictures"
Me taking pictures
Oliver: "I said no pictures!"

His growing vocabulary is often very amusing and remarkable,
He has started to memorize and recite verses from books and t.v shows.
This morning he started reciting "Mortimer" one of his new favourite Robert Munsch books.
It's pretty incredible how much he has learned in just 2 -3/4 short years. 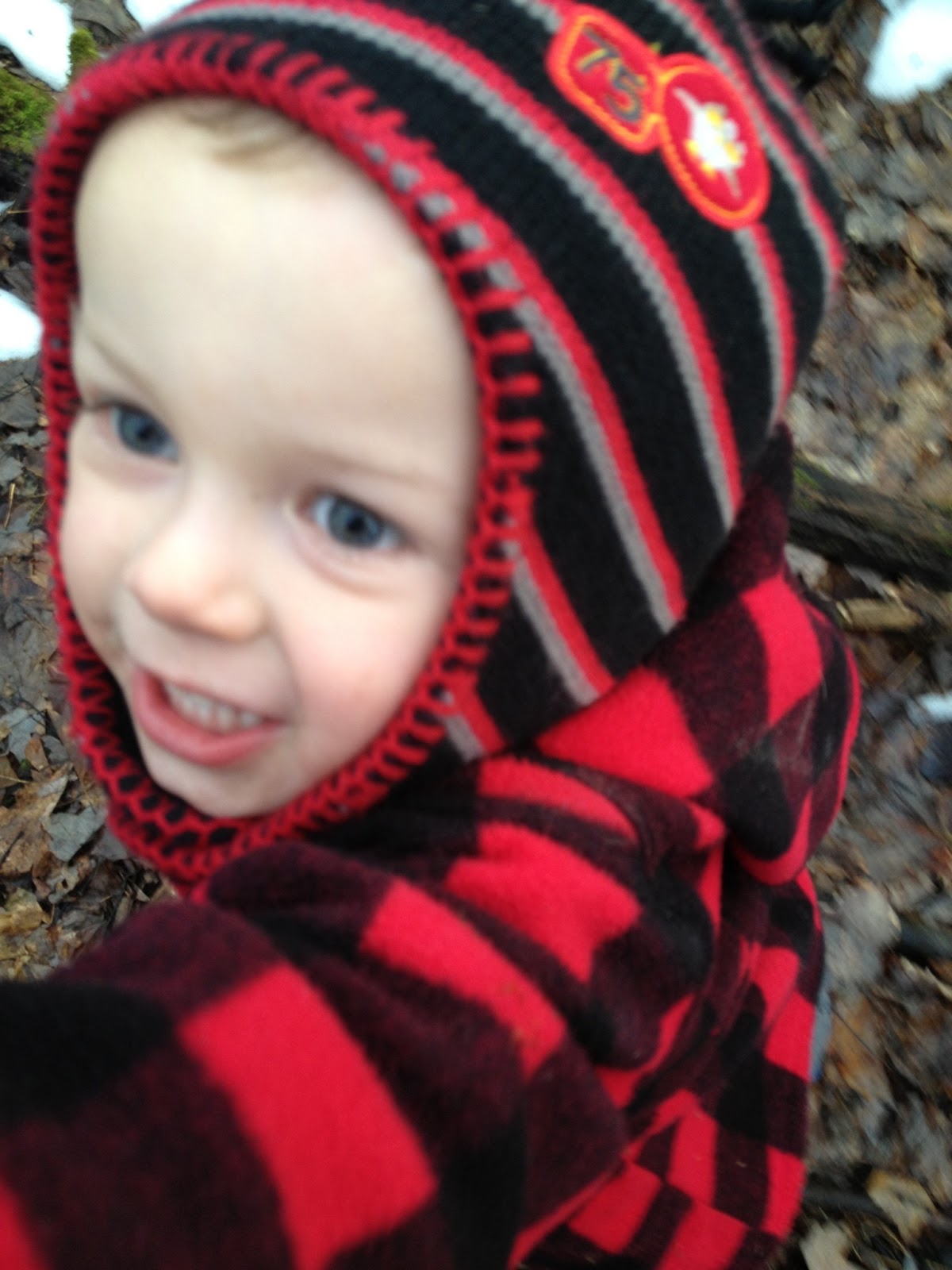 Ahhh he's nearly 3,THREE I say!
And we certainly get all the good, the bad, the ugly and the wonderfulness of a 2 year old!
Such a great boy, son and amazing big brother!

Posted by Falon at 1:18 PM No comments: Links to this post

It's amazing how time gets away from you when CEO-ing a family of two small littles, a husband, a dog and a job. I really had every intention on posting about Oliver and Georgie's milestones. About their growth from month to month. I mean honestly I knew how old Oliver was by the day, with Georgie I round to the nearest month and hope for the best. Sorry Georgie George, it's not that I cared more about your brothers progress than yours. It's that I had more time to sit around and wait for him to do something which made documenting it all that much easier to do. Not to mention (although I'm mentioning it) your brother didn't care to be held 23 hours days unlike yourself
so having two free hands also worked in my favour!

But I must say it's also about letting go of the reins a little and not worrying so much about doing it "right". I put down the books, I gave myself permission to do what really feels right this time around instead of what someone else says is right. I don't care if you are in the bottom percentile or off the charts (like your brother was) for weight. You love the boob juice and surprisingly most vegetables, you may not be the chubbawaba your brother was but you are certainly very HEALTHY! I don't compare you to other babies, you'll learn at your own pace. And judging by the speed at which you brother grew up, I'm not in any rush for you to start crawling, walking or talking! I'm enjoying you being a baby for as short as that time really is... although this teething business is quite painful for the both us! 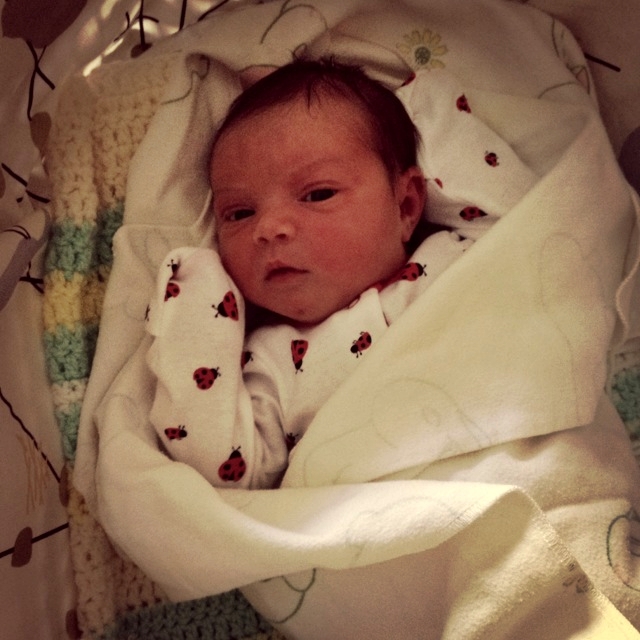 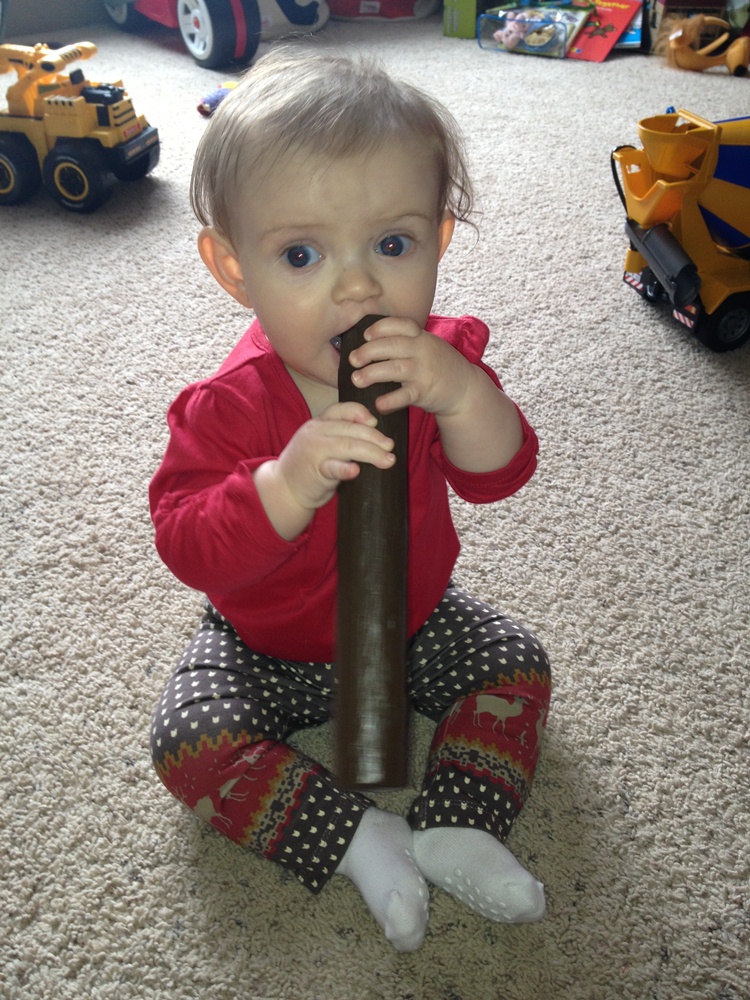 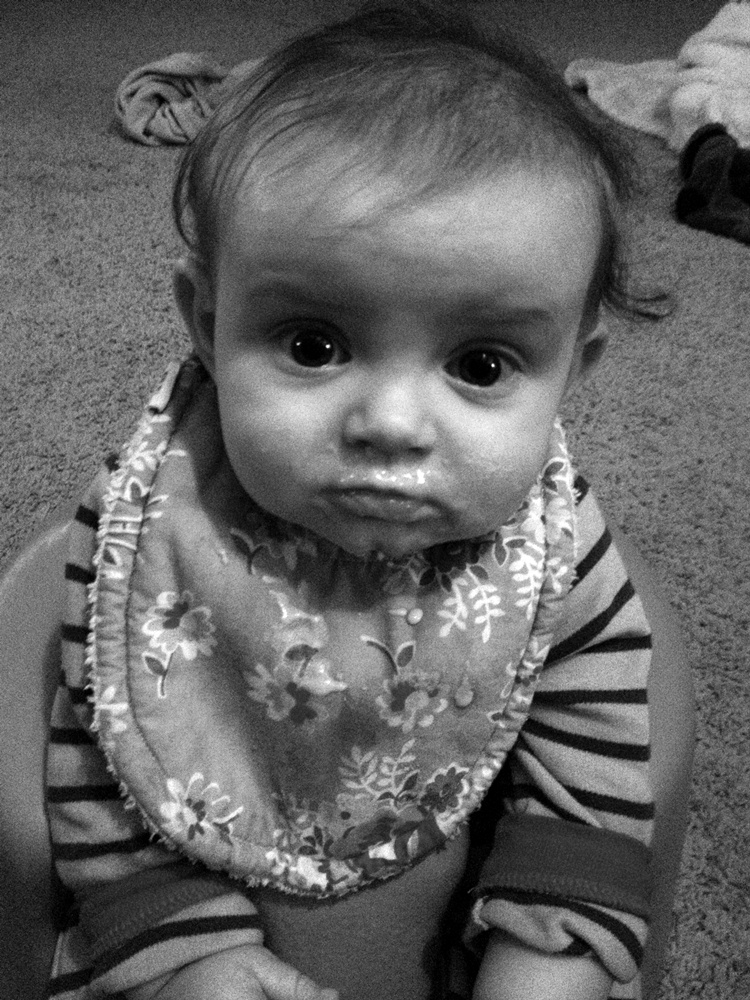 So in honour of being 8 months old , here are 8 things about our Georgie George

1/. You have a real flare for the dramatic
2/. You have taught me about a new level of patience
3/. you have a world class smile
4/.  even though you really love to be held, it doesn't stop you from thrashing about
5/. you have the most perfect lips and tiny little bird mouth
6/. you're a real charmer.... and then you grab at the throat!
7/. you think your brother is the cat's meow.
8/. you are going to give me a run for my money, make me dig deep, learn and grow. You are going to challenge me and make me a better person and a better mom. 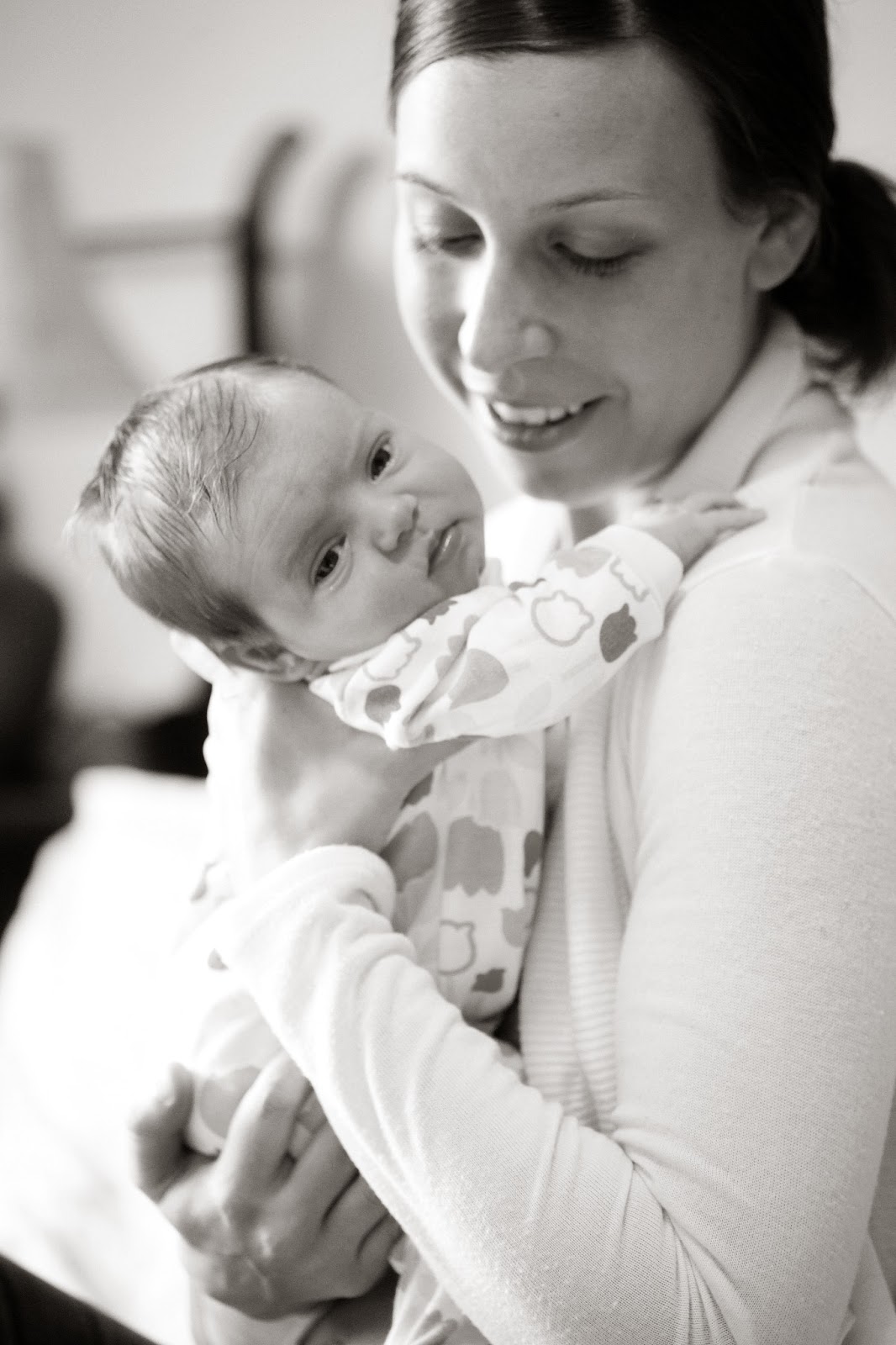 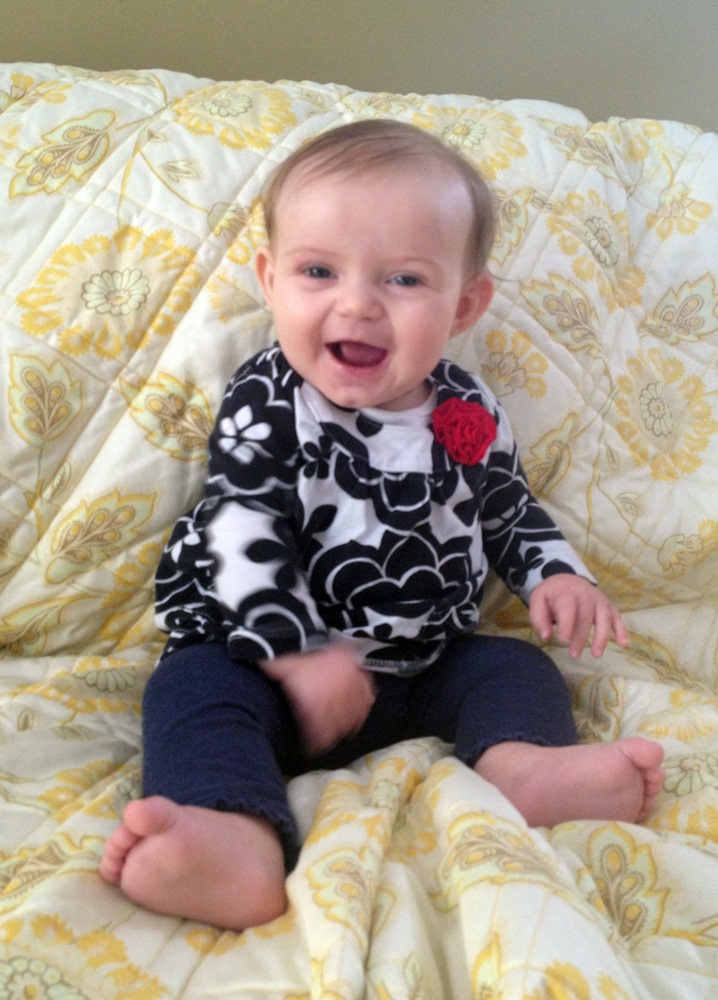 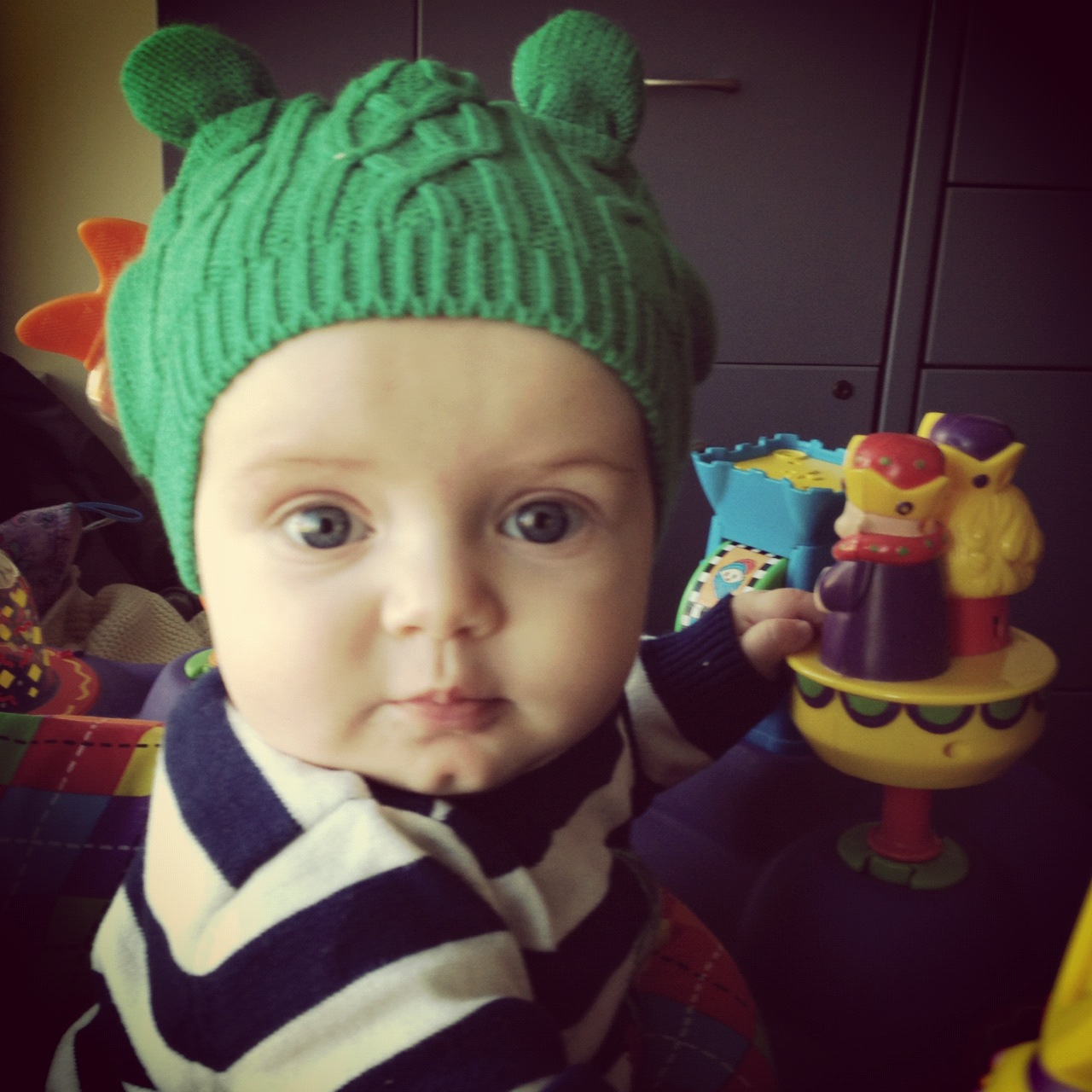 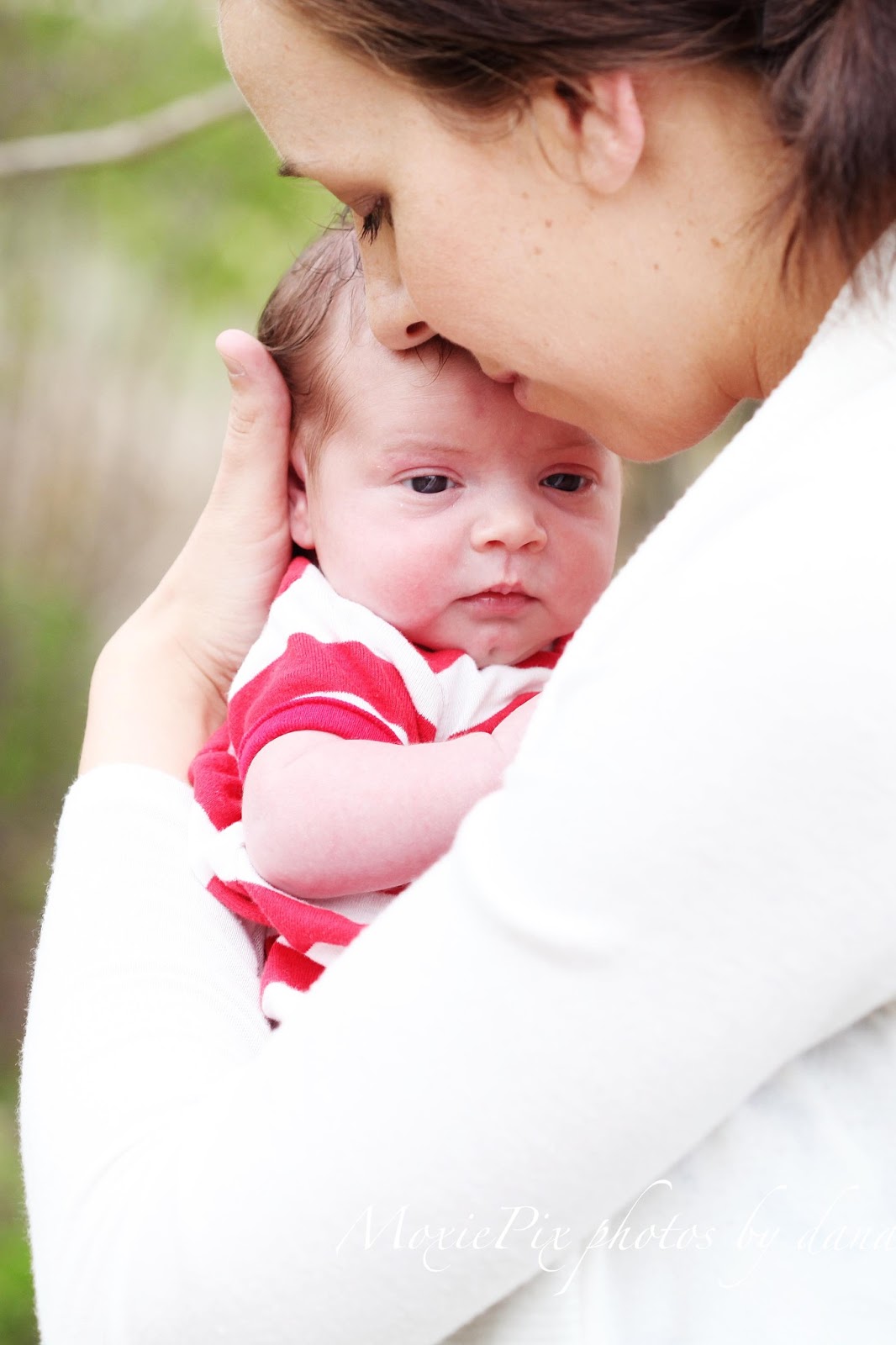 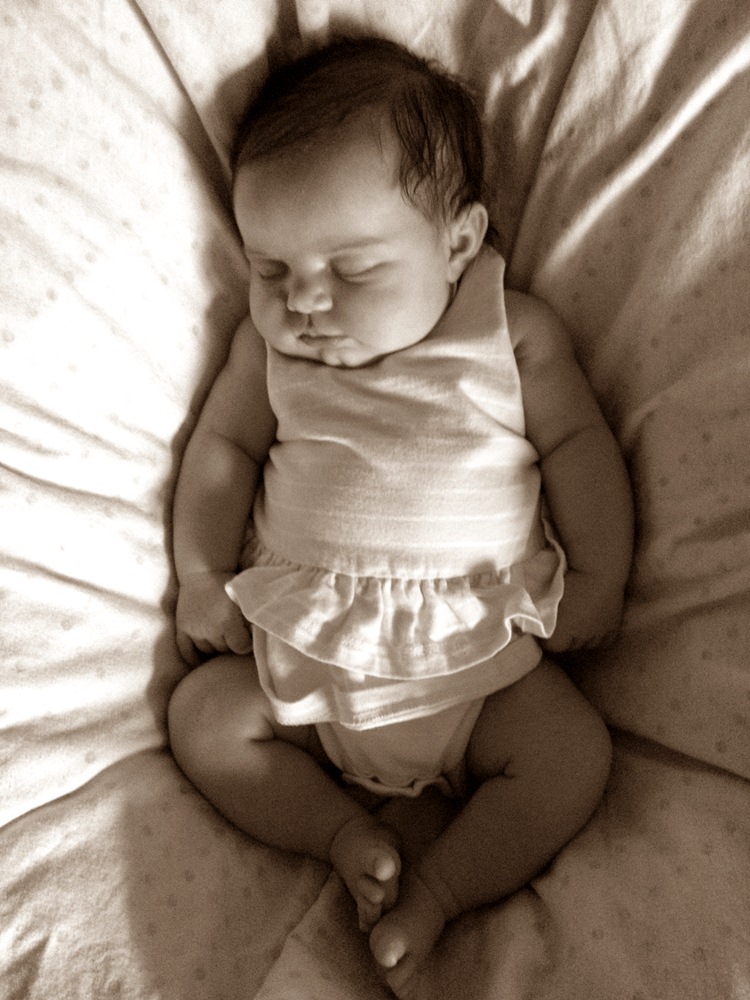 We love you little lady.

Posted by Falon at 8:49 AM No comments: Links to this post

It's 2013!
Despite some colds, a teething baby and a lot of snot we rang in the new year with some great friends and even managed to have a successful sleepover with a five year old, 2x 2 year olds and a 8 month old. so yay for us! We sipped mimosas at midnight and enjoyed the company of dear friends.
It was a perfect way to enter into the new year. 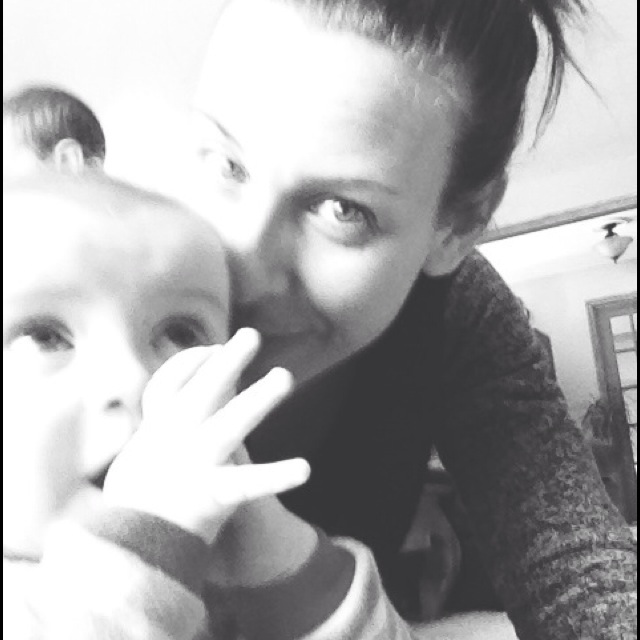 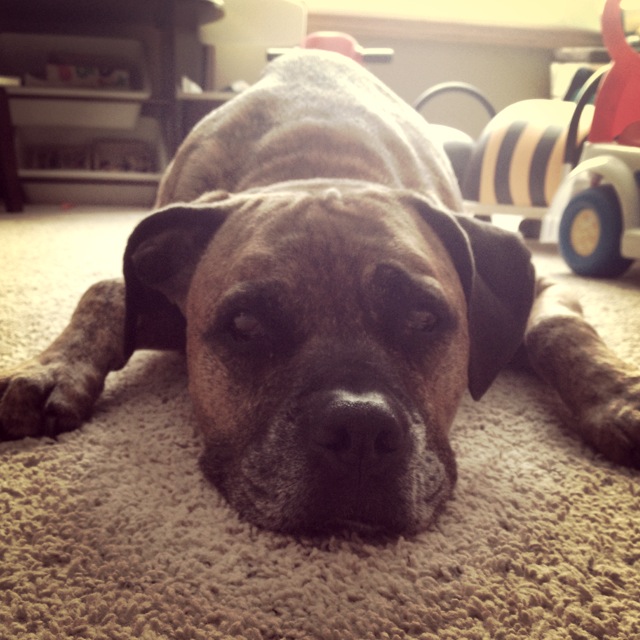 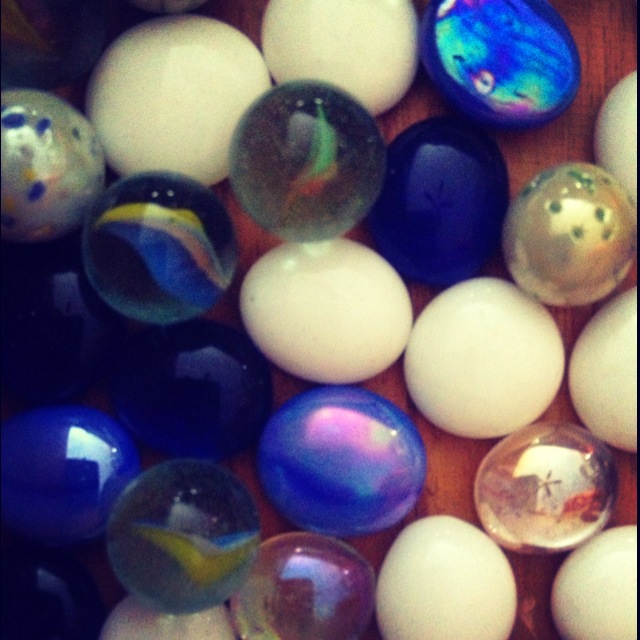 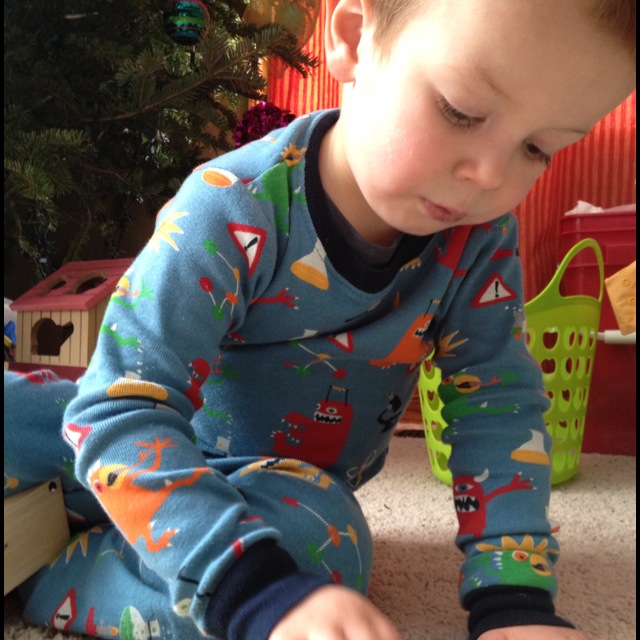 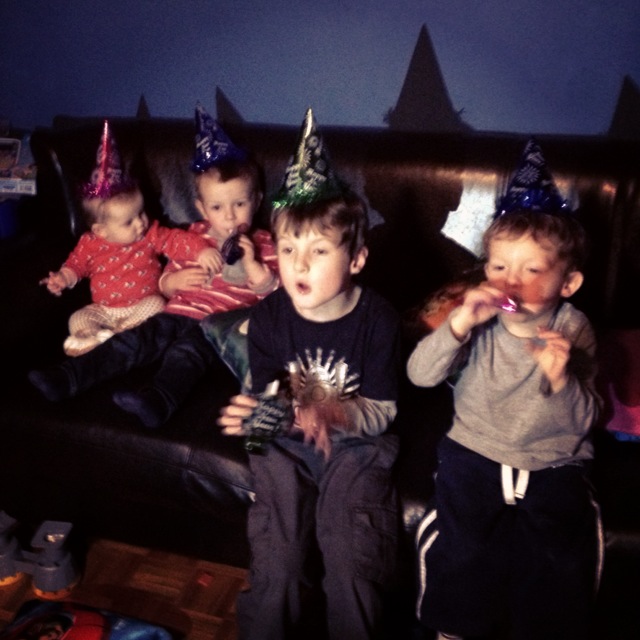 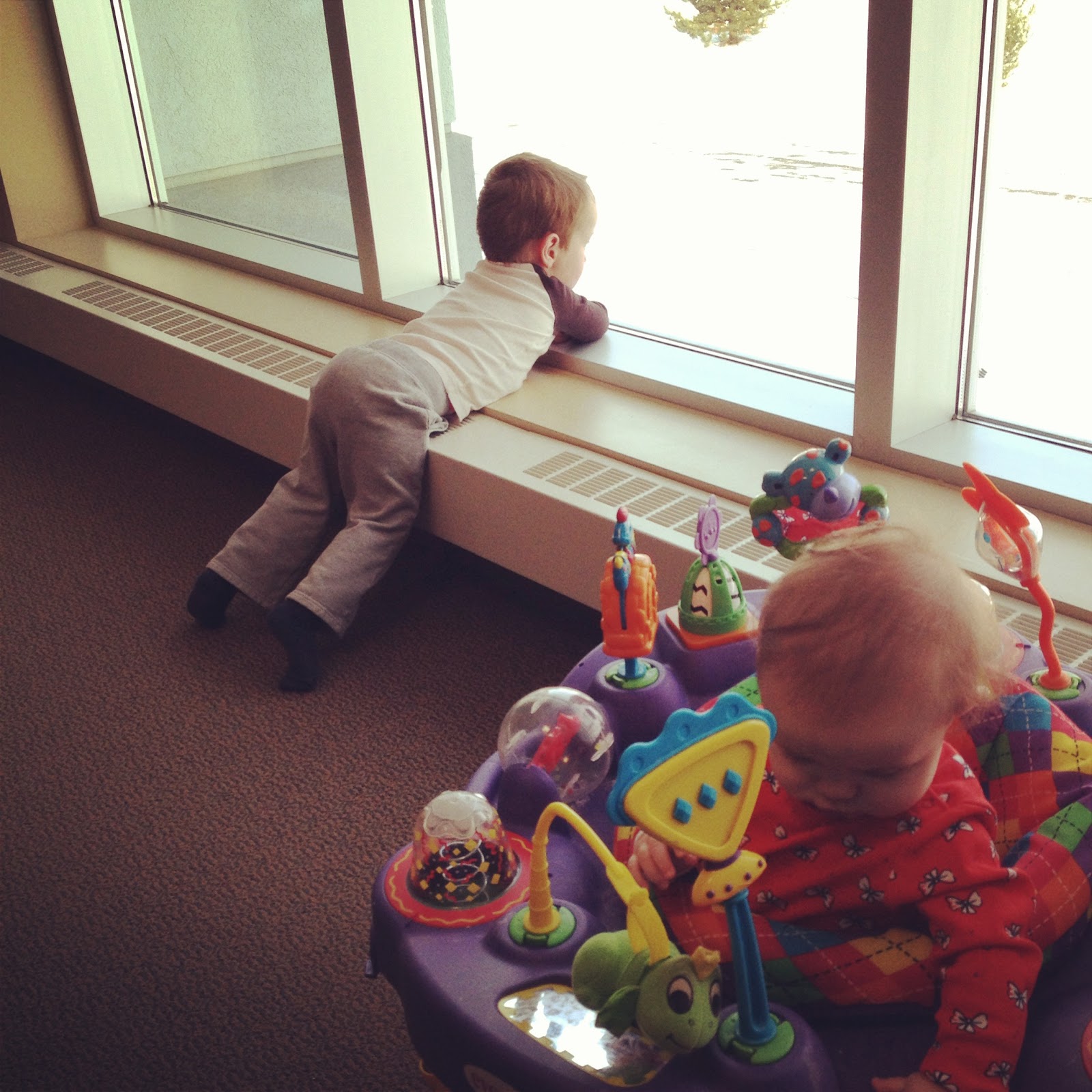 Posted by Falon at 10:13 AM No comments: Links to this post

Falon
Canada
Welcome! I am a wife and a Mama of three, certified birth and postpartum doula and certifying aromatherapist with a passion for everything babies! this space is dedicated to providing my clients and followers excellent resources and information to help guide them through their birth journey. Thanks for stopping by!